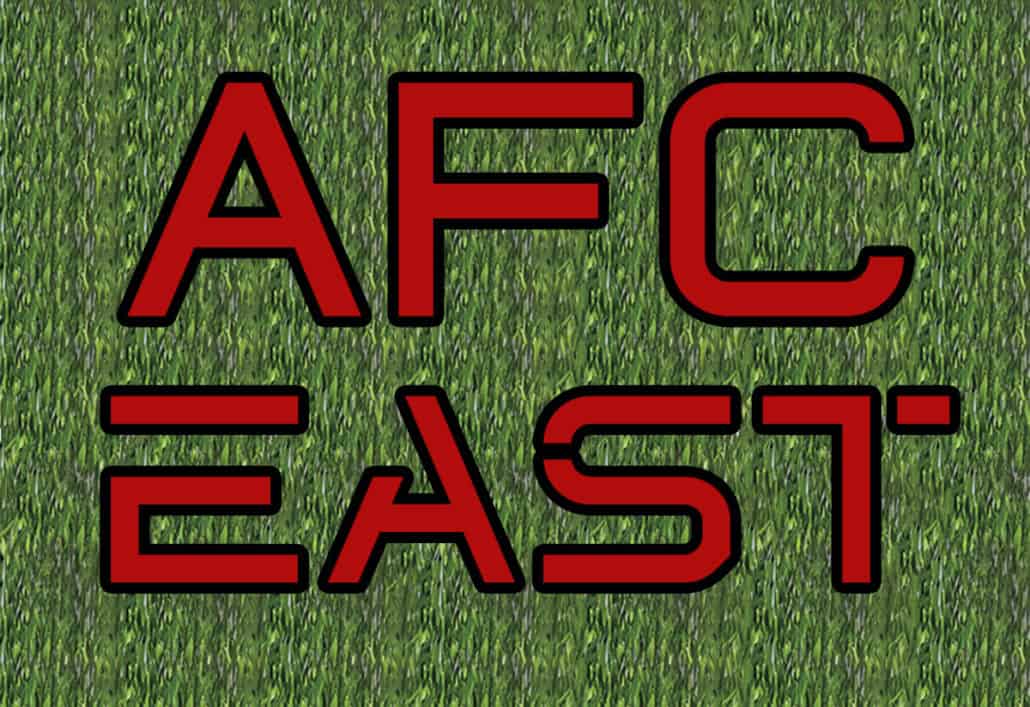 The AFC EAST of my 32 Shots & Nots breakdown.

I know there is a lot of noise and theatrics of the vaccine issues, but this is the off-season where everything is a dumb soap opera. At WR54, you can land a WR in the 10-12 round that finished WR2 & WR3 in the last two seasons. Buy the fear.

Not: The Bills RBs

This offense goes through Josh Allen and even some of it on the goalline for rushing TDs. The value for Zach Moss(RB36) and Devin Singletary(RB42) won’t kill you, but you are chasing and rostering RB’s that likely won’t provide more than their draft position. I’d look for more upside players in rounds 8 & 9.

Mike Gesicki has finished TE7 & TE12 in the last two seasons. He likely will land in the same space this season, but if you aren’t chasing the high-end TEs early in drafts, he isn’t a horrible pick in rounds 9-10 to provide a low floor if the rest of your team is stacked. When Tua primarily (I used that word as Fitz was in the mix for some of that time) played since Week 9, Gesicki produced as a TE4.

DeVante Parker finished as a WR1 in 2019. He finally lived up to the hype, avoided injury, and produced. He then got paid. He’s not a horrible reach in round 9 (WR45), but I’d prefer taking Michael Pittman, Mike Williams, or Hollywood Brown than dealing with the overcrowded WRs in Miami and not to mention the question marks of their QB.

I wanted to go with Jonnu Smith here, but the 15th round value of Jakobi Meyers is too hard to ignore. Whether it be Cam Newton or Mac Jones, I feel Meyers is highly undervalued. The Patriots run an offense based on timing and extreme details. While many other free agents landed in New England, Meyers has a head start, the coaches’ trust, and previous success. From Week 7 on, Meyers was performing as a WR2.

All the value for the Patriots players signals a green light to buy rather than finding a dud in the mix. Harris is my pick here because he presents some risk with his value. The Patriots love committees, and even though James White isn’t the James White we all adored in years past, he definitely will not go away. I like Harris as an RB4, but his value of RB31 in round 7 is RB3 territory. I prefer to buy David Johnson(RB32) or one of the two Tampa Bay RBs in Ronald Jones(RB33) or Leonard Fournette(RB34) before him.

Hear me out. I think Jamison Crowder gets cut or traded. I think he lands somewhere that can help another team. Crowder finished WR36 & WR32 in the last two seasons, and with the right opportunity, he’ll find his path again. If the Jets move on from Crowder, it will be because of Elijah Moore. Both of these player’s roles are identical and are the perfect safety net for a rookie QB. You can land Crowder at WR61 or Moore at WR65 in the 12th or 13th round. Gun to my head, I’m taking my chance on Moore.

He had his shot as a WR1 with the Titans, and AJ Brown dethroned that path for him. Even with the attention of Brown, Derrick Henry, and a better QB, he still didn’t find a way to thrive. He is now with the Jets and a rookie QB. I’m avoiding Davis in round 8 at WR43.